Is Grass A Vegetable?

Grasses are the dominant part of the vegetation in almost all types of habitats including grassland, reed swamp, salt-march, and steppes. It is found commonly in all parts of the terrestrial habitat.

Grasses, including cereal grasses, bamboos, and natural grasslands species, all are part of the Poaceae or Gramineae family. The natural grasses found in the yard and pasture lands are also part of this family.

The staple foods domesticated from the cereal grass crops like rice, wheat, barley, millet, and maize, have a major economical role in the food and feed part of animals and humans.

Most species of the Poaceae family are consumed as feed by the animals like sheep, cattle, horses, and rabbits as well as by humans in the form of wheat and rice. Here arises a question: is grass a vegetable?

We all know that vegetables are any plant or plant part that can be consumed by humans and animals as food. But when it comes to true grass, humans do not eat grass. Here comes a big confusion that is well answered in this guide.

Is grass a vegetable?

Yes, the grass is a vegetable for just animals but not for humans in some cases. Technically, the vegetable is the plant or part of the plant that is consumed as a food part. It can be either part of plant-like edible flowers, stems, leaves, roots, seeds, and fruits.

By observing the cereal grass crops like wheat, rice, and maize, grasses can definitely be reported as a vegetable.

The grass is a vegetable for just animals because they can consume and digest them easily, but the human’s digestive system could not digest the grass.

Which living creatures can eat grass as a vegetable?

Many types of animals consume the grasses as the main source of food. Such animals are known as graminivores. These animals include sheep, rabbits, horses, sheep, and cattle, and many invertebrates such as grasshoppers and caterpillars.  Brown butterflies are also the part of caterpillars that consume grasses as a food source.

A lot of omnivores and carnivores animals also eat grass as a primary food source but unexpectedly, humans are not a part of them.

Why is grass a vegetable for animals, not for humans?

Grasses have a lot of species like wheat, rice, maize, and sugarcane. And all of these grass species are food sources for human consumption and are a staple food for humans.

The grass is a vegetable plant for animals because they have a specialized digestive system to digest the grass and raw leaves. They have established a symbiotic relationship with cellulose-metabolizing organisms in their digestive tracts that helps in the consumption of grasses and raw plant leaves.

But the grass is not a vegetable for humans because they are true omnivores but their digestive system doesn’t support the digestion of grass and raw plant parts.

Humans cannot eat grass, but it doesn’t mean that grass is toxic or non-edible. The grass is an edible plant but practically the human stomach does not have the ability to digest the raw leaves and grasses.

There are two possible problems for humans by eating grass in diet.

Which grasses are eaten by humans?

Grasses are already part of the human diet in many forms. Many varieties of grasses are part of our daily food part. We consume wheat and rice daily as a staple food that is typically a grass plant.

It means that we definitely eat most of the grasses.

But, here comes the new question: can we eat grass as a whole?

We can eat the grass as a whole, but it is advisable to eat only a few parts of grasses to consume better health. We mostly eat the grains of grass family plants that are actually good in nutrition.

So, technically we don’t eat grass as a whole.

There are a lot of grass family vegetables that are edible plants for humans as well as by animals.

Here is the list of some grasses that are used as a vegetable by humans:

How to Get Rid of Fungus in Mulch 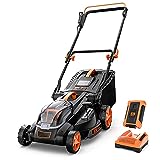